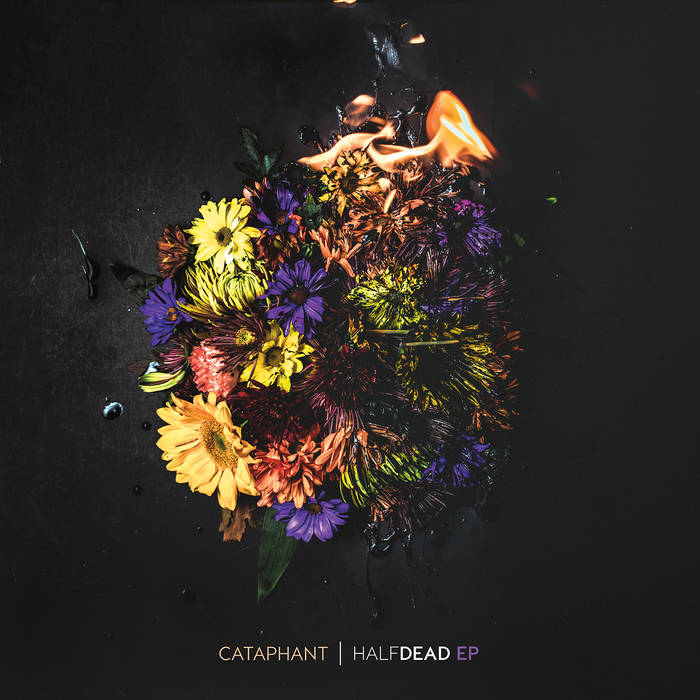 “Wake up because they rise in the night of the living half dead, made of miracles.”

The Half Dead Ep is CATAPHANT's first EP under a new moniker and evolved song writing process. Originally a folk song writer, CATAPHANT collaborated with gifted producer and long time collaborator Ohmega Watts to produce a more eclectic, electronic sound that is closer to the diverse set of influences that shape her musical creativity. The project was recorded in Chicago, Seattle and Los Angeles.

Thematically, Half Dead explores the idea that life can ultimately come from death when it’s walked out in faith that a higher power holds both in the balance.

“The Half Dead EP was written during one of the darkest years of my life. I was grieving the breakdown of several key relationships within my family and community, resurfacing & un-dealt-with past trauma, and overwhelming disillusionment with where life had brought me. I felt the death of certain hopes, dreams, and ideals cloud my once bright vision. At the onset of this season, I knew that if I let myself be overcome with despair I would be crippled by it for years to come. I used song writing as a means to process pain as well as declare, out of faith, that the emotional death I was experiencing at the time would ultimately lead to life. Using Jesus as my example and anchor, I musically documented what I learned about being healed, redeemed, and resurrected. “  -CATAPHANT

All tracks arranged & produced by:
Ohmega Watts in the Low Pro Lab

BECAUSE, THEY RISE and HALF DEAD were
tracked and recorded by: Ohmega Watts
at Violet Lantern Mastering (Long Beach, CA)

UNAUTHORIZED DUPLICATION OR REPRODUCTION IS STRICTLY PROHIBITED BY LAW. ALL RIGHTS RESERVED. OWNED AND PUBLISHED BY LOW PRO LAB (ASCAP) © 2015

Catalina Bellizzi is a singer-songwriter from Chicago.

Bandcamp Daily  your guide to the world of Bandcamp